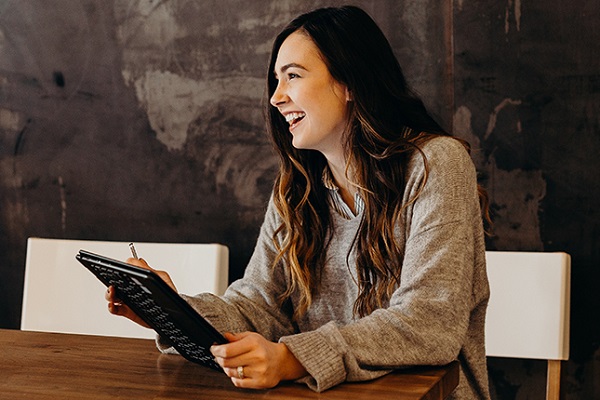 The journey to entrepreneurship can be both exciting and overwhelming. Particularly for women, who remain underrepresented in business.
For those who are considering taking the plunge, this event is for you!
Develop the business skills you need to prepare for your entrepreneurial journey, get tools and resources to succeed in all industries, and meet McGill alumnae who know the realities of being a woman entrepreneur.
This event will feature:
- Adelle Archer, BA'12, CEO and Co-Founder of Eterneva
- Jasmin Hume, BEng'06, CEO and Founder of Shiru
- Jaclyn Ling, BCom'14, Co-Founder of Hatchways
The McGill Toolbox Series
The McGill Toolbox series is an annual event focused on practical skills and applications to support McGill alumni and current students. This year's topic is women in entrepreneurship.
This event is brought to you by the McGill Women's Alumnae Association in partnership with McGill Young Alumni.

About the speakers
Adelle Archer is the CEO & Co-Founder of Eterneva, a celebration of life brand that reimagines the experience around loss by making diamonds from ashes or hair. Eterneva was named Consumer Startup of the Year by the Stevie Awards and was featured on Shark Tank, receiving investment from Mark Cuban. Adelle has been featured on both Inc and Forbes coveted '30 Under 30′ lists. Prior to founding Eterneva, Adelle received her MBA in Entrepreneurship at the Acton School of Business, considered the 'navy seal' program for entrepreneurs. She spent four years as a Product Marketing leader in Tech, launching major products to market with partners like Amazon, Ebay, Square, Facebook, Pinterest, and Twitter.
Dr. Jasmin Hume is the Founder and CEO of Shiru, a sustainable ingredient company that uses patented technology to discover and produce functional proteins from nature. She is also a Partner at XFactor Ventures and the former Director of Food Chemistry at JUST. She graduated from McGill in 2006 with a BEng in Chemical Engineering and holds a PhD from NYU and MSc from Chalmers University.
Jaclyn Ling is the co-founder and CEO of Hatchways, a tech recruiting startup that helps companies hire talent based on their skills rather than their background. Jaclyn is a Finance grad at McGill University and started her first startup, a fashion app, in her final year which went on to be acquired by Kik Messenger. Jaclyn led partnerships and product for chatbots at Kik before she left to start Hatchways, which went through Y Combinator in 2019.

DISCLAIMER:
By attending this event, you consent to share your name and email with Zoom, and your name as well as video and audio (if you select these options in-event) with other event attendees. This Zoom account is managed by the event host, Dr. Charbonneau and not by McGill University. McGill has no control over the use of such personal Zoom account and assumes no liability in connection with anyone's use of it. Zoom will share your contact information with the account manager. McGill may use your provided contact information to inform you about other McGill University Advancement activities. McGill does not provide any information about you to Zoom. Your use of Zoom is governed by the platform's Privacy Policy.
ONLINE: Women in Entrepreneurship: Tools for success

View our Event Cancellation and Refund Policy.
Back to Events
×